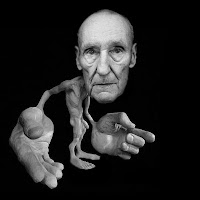 by Brown Nose the Pirate
Troll at Large
Year in, year out, no one in the shortwave pirate radio hobby generates lulz at his own expense quite like Pat Murphy and his falter ego Commander Bunny of baby monitor radio powerhutch WBNY.

April Fools Day 2013 was no exception, other than providing an exceptional example of the Lagomurph's knack for snitching dual fail where most fail addicts would be satisfied with one.

Despite months of slacking off, your friendly neighborhood troll-bloggers here at Radio Paranoia sobered up just long enough last week to slap together a transparently obvious April Fools Day prank post.  Mostly it was just our way of saying "Yes, we're still alive and occasionally sober."  It wasn't our best effort at trolling, and we certainly didn't expect the Lagomurph to swallow like a Thai ladyboy.  But ya gotta admire his enthusiasm.
After swallowing like the AVN for Best Oral was at stake, Commander Butthurt not only hacked up a hareball on his own blarg, he also managed to pull a deuce out of his butt and immediately took a giant "Welcome home, suckers!" dump in the newly revived FRN.  Apparently the Lagomurph hadn't taken a crap since the annual Ides of March FRN shutdown and was so full of Murphy he exploded on the FRN.  Fortunately the place is a ghost town and nobody got tagged with any spatter.

Watch your step, kids, it's foul going between the piles of cecotropes under his Murphy nom de guerre, and under his Commander Bunny nom-nom-nom de hare.

The timing couldn't have been lulzier.  The FRN came back online April 2.  We thank John Cruzan and hope he had a restful respite in the arms of Eris.

Screencaps provided so you don't need to visit the WBNY blarg, or the FRN - although the latter is such a ghost town now it's easier to find the few posts from the handful of the faithful, bless 'em (not a dig at you fellows, honest).  So far Murphy is using only the CB radio alias and hasn't activated his sock drawer army... yet. 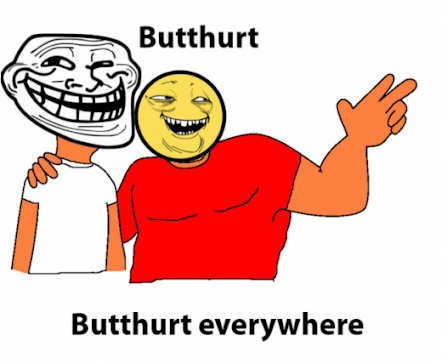 Radio Paranoia learned late Monday that the apparently abandoned FRN - formerly the Free Radio Network - is the target of a bidding war for the desirable three-letter top level domain.  As of last week insiders say the high bid was held by a syndicate formed to pool the resources of the HF Underground, Free Radio Cafe, and a consortium of shortwave pirate radio operators and fans from Lula, Georgia to Poutine, Canada.  The frn.net domain has an estimated market value of $500, but in a bidding war may reach into the thousands of dollars.

However by Monday a new front runner emerged, indicating the Family Radio organization plans to obtain the domain for an unspecified high-four-figure sum.  The goal, according to an anonymous source, is to relaunch the FRN as the Family Radio Network and "purge the domain of the fetid remains of the stinking hutches of hell."

The FRN has been dormant since the annual Ides of March outage, an esoteric religious ceremony observed by frn.net domain owner John Cruzan.  The 2013 domain outage marks the longest recorded continuous period of hermetic worship by the domain owner, reportedly an effort to ward off the too-familiar Spring tornado curse.  While the history of the annual ritual is shielded from outsiders, it appears to derive from Discordianism and features sacrifices of mystical butthurt gathered from the shed rabbit fur of Pat Murphy's annual histrionics and presented as a burnt offering to troll goddess Eris.

Pirate radio fans who actually give a single dry turd about the history and heritage of the FRN, which was relevant for a few minutes over a decade ago before Pat Murphy socked up it, are urged to support the HF Underground, Free Radio Cafe and Alfa Lima coalition in a bid to purchase the domain and give it a decent burial.  Show your support with PayPal donations, ad click-throughs or, if strapped for cash, just keep doing what you've been doing - positive support for the hobby.  In other words, the exact opposite of whatever the hell Commander Buttmunch did that killed the FRN.
Posted by Guise Faux at 11:13 PM 22 comments:

Special report to Tales of Radio Paranoia
by General Shun, DXing Consultant
Contributing reporters Han Lee Gurns & Lauren Sheng
Leave it to the former shortwave radio pirate once known as Commander Bunny Buttmunch of QRP stuporstation WBNY to figure out new, creative and entertaining ways to snatch defeat from the jaws of victory with the same enthusiasm he shows for snacking cecotropes from his butt.

After a long and much needed break from blarging pooping in his Depends, Pat Murphy, aka J. Michael Graves, aka the Virginia Bunnyman, aka Commander Bunny Buttmunch, aka Bob Smith 6955, aka Robert "DCRTV" Smith, aka the sockpuppet quartet of Beans, Thumper, Mosby & Bouncer, aka Ima Snitch, resumed his two favorite occupations in 2013: self pwning and snitching.

In January 2013 the disgraced former radio personality again made the mistake of pretending to understand the internets and, hypnotized by alpha-numeric characters beyond his ken, smashed his head against the keyboard several times, miraculously producing a few barely intelligible rants that appeared to be self-congratulatory about the WBNY blarg web traffic.

And how did the WBNY blarg achieve the stats he claims?  Because as of January 27, Commander Buttmuncher's WBNY blog is infested with SEO crap!  Our Great Peoples crap!  Mostly promoting our Great Peoples Viagra.  You see, my friends, the Buttmuncher's J-Pole is suffering from too much J and not enough pole.


Murphy has also resumed another of his favorite occupations: Snitching out rival shortwave pirate radio operators.  Without provocation (including from our own Radio Paranoia blog, which had been on hiatus since August 2012), Murphy has resumed his longtime hobby of publicly posting names and locations of "enemies", some of whom may be active or occasional ops.  (We know of a couple of active or recently active ops among the dozen or so people Murphy has identified by name and location.  There may be others - impossible for anyone to know for certain, especially for ops who never used the Belfast mail drop. --GF)

His WBNY blog (on Ragnar's domain, which otherwise seems clear) is so infested with SEO crap, courtesy of Our Great Peoples, this puny, feeble Murphy is suffering from diarrheatic scooties - scooting his butt along the rug to clean off excess cecatropes.  Now he leaves a brown trail to find his way back to the nursing home after becoming disoriented by the long journey to the mailbox in fruitless hopes of ever seeing another valid signal report.  Other than from himself and the handful of minions still clinging to the corpse of the FRN.

Great Success for The Peoples!  And remember, Confuse-Us say: It is impolite to laugh at the red flag-level fail of Papa Smurphy.  So do it often.


General Shun DX's from a carradio in the remote Peoples Republic of Uukuhuúwa.
Posted by Guise Faux at 2:43 AM 65 comments:

About: The Man Who Laughs

Guise Faux
"The power of pseudonymity is one of the great gifts of the Internet and is one of the great self-corrective mechanisms of a Democracy. Lose it and free speech on the Internet will be dialed down to a barely audible mumble." --David Holtzman
-----
"I don't care how many hits your shitty blog gets a month. Fuck Google Analytics. And besides, bloggers aren't real writers. Sorry, I just don't respect you." -- Anonymous
-----
Tales of Radio Paranoia banner uses Paranoid Rabbit font.
-----
WTF is this? - FAQ